What makes a Hip Hop song Hit Worthy to the MASSES? Here are the ingredients that are needed and always present in catchy Hip Hop songs.

Often times, home recording Hip Hop artists find that even when they feel that their rap lyrics are very well written, the recorded material just does not come out sounding as hoped. As a result, the songs just end up not appealing to the average Hip Hop music listener. The goal of this article is to point out ways the home recording Hip Hop artist can appeal to the average listener or music fan through their lyrics or songs.

When listening to popular Hip Hop songs, pay attention to the way the words fit with the music like a glove. Also, the way that the flow of the artist’s voice has a sense of confidence and style that could be duplicated on the instrumental even if all the lyrics were changed to other rhyming words. The point I’m making is in hit, catchy songs it is more important how the words are said, then what is being said. There is proof in this, as most people have found their self singing along with a hip hop song stuck in their head that may not really make much sense lyrically but the phrasing, flow, and swagger of the artist along with beat make it a catchy song popular with hip hop music fans everywhere. 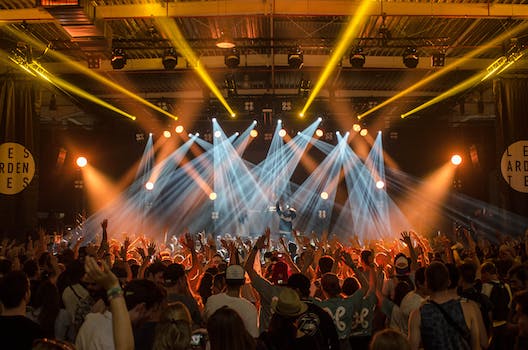 Often, many home recording rappers just quickly record their lyrics over a random beat while reading off of paper. This results in a recorded performance that lacks any kind of swagger, confidence or energy. The vocal will have a “barely got the words out” sound that will kill even the best song. The rapper should memorize the lyrics so that when recording, focus can be put into being energetic with a sense of style. The listener will want to “sing” along based on the phrasing, flow, and voice tone even when the listener does not even know the lyrics. The hook should be written to be catchy and easy hook, which is most likely to be the selling point of the song. A lot of artists will write a hook first to go along with their chosen beat, writing their rap lyrics to expand on what the hook is saying. However, the best and most catchy Hip Hop songs will have certain lines within the verses that are catchy as well, like they are mini hooks within the song.

The Hip Hop artist who wants listening public should write songs/lyrics that deal with situations and events that are encountered by the everyday person in real life, or that deal with situations that the average person would like to find their self involved in. Rappers that just write songs about being a rapper and rapping will most likely only appeal to other rappers/ Hip Hop Producers. This approach may get the artist praise from his peers as they will relate to the songs, the general hip hop listening public will not relate for example a retail store clerk or waitress (potential listener) will most likely not really relate to a song about rocking mics though a song dealing with everyday subjects paired with a head bobbing beat may still get their attention.

In Hip Hop music the beat is the foundation that will be the first attention grabber. You want the beat/instrumental to have elements that listeners will find themselves humming when they don’t even realize it. A catchy hook is needed next to get the listener well, “hooked” & singing along. The verse lyrics are third in line however for a popular/hit potential song, I stress again that it doesn’t matter how “hot” you lyrics are unless you take the time to get them recorded with finesse, confidence, swagger & the right flow/phrasing for the beat.

The home recording Hip Hop artist should listen to their songs in the making from a point of view outside of being a rapper/artist. Listen to the song with objective ears & try to determine if you would actually like the song if it was not you. You should double check the flow phrasing making sure the rapping is flowing on the beat with a smooth energetic vibe. One technique to do this is to listen to your recording & rap along with yourself in your head while using your hands similar to an orchestra conductor making sure all your words are in the right spot following the phrasing of the verses.

OF course recording your song vocals at the best recording level then getting a great mix and master is the final step in the process and those steps techniques are discussed in detail within other articles.

Who Are The Gate Keepers Between You And A Record Deal?

Where independent Artists are being heard and discovered worldwide.